All CLRC attendants will have full access to all poster areas, all oral sessions, and all vendor exhibits for a single registration fee.

The following distinguished scientists, engineers and leaders from academia, industry, defense, and federal agencies have been invited as speakers for the relevant topical sessions. 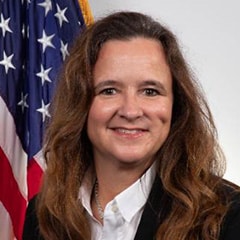 View Bio
Dr. Karen M. St. Germain, Earth Science Division Director
Dr. St. Germain is the Division Director of the Earth Science Division, in the Science Mission Directorate at the National Aeronautics and Space Administration (NASA). She provides executive leadership, strategic direction, and overall management for the agency’s Earth Science portfolio, including a fleet of 24 satellites that are currently viewing our home planet from space. Her program also includes technology development, development of the next generation of Earth-observing satellites, and a robust research and applications program to understand how land, ocean, atmosphere, and cryosphere systems work and interact.

Dr. St. Germain came to NASA from the NOAA Satellite and Information Service, where she served as the Deputy Assistant Administrator, Systems (DAAS), with responsibility for leading the development of the nation’s operational weather satellite systems. From 2011 to 2016, Dr. St. Germain served in the Space, Strategic and Intelligence Systems (SSI) Office, Office of the Under Secretary of Defense for Acquisition, Technology and Logistics (OUSD AT&L), where she managed a broad portfolio of defense and intelligence satellite programs.

Dr. St. Germain is a leader in enterprise-level planning and multi-organizational space programs of national significance. She is also an expert in major satellite systems development, with particular proficiency in transitioning new technology into operational systems. Dr. St. Germain had a successful research career at the University of Massachusetts, the University of Nebraska, and the Naval Research Laboratory. She has performed research aboard ice-breakers in the Arctic and Antarctic, flown through hurricanes and tropical storms on NOAA’s P-3 airplanes and measured glacial ice on a snowmobile traverse of the Greenland ice sheet. 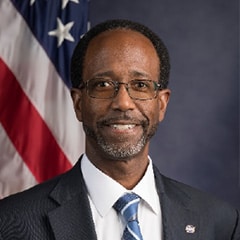 After graduation from the Rochester Institute of Technology (RIT) in 1990, Turner began his career with NASA serving as a design engineer with the Lidar In-Space Technology Experiment project, where he spearheaded development of the laser aligning, bore-sight limit system.

Through his career, he has worked on many projects for the Agency including the Earth Science Cloud-Aerosol Lidar and Infrared Pathfinder Satellite Observation Project; the Earth observing technology development Gas and Aerosol Monitoring Sensorcraft Project; the materials technology development Gas Permeable Polymer Materials Project; the Space Shuttle Program Return-to-Flight; the flight test of the Ares 1-X rocket; the flight test of the Orion Launch Abort System; and the entry, decent and landing segment of the Mars Science Laboratory.

Prior to joining NASA, Turner was the chief engineer at Dynamic Recording Studio in Rochester, New York, where he was responsible for technical and artistic recording of audio and video content spanning multiple musical and instructional styles.

Turner has received many prestigious awards such as the Presidential Rank Award, the NASA Outstanding Leadership Medal, the NASA Exceptional Engineering Achievement Medal, the Paul F. Holloway Non-Aerospace Technology Transfer Award, and RIT’s College of Engineering Distinguished Alumni award. He is an Associate Fellow of the American Institute of Aeronautics and Astronautics (AIAA) and he is also a member of the RIT Board of Trustees.

In recognition of his commitment to the engineering profession, contributions to the local community, and support of education Turner was inducted into the Monroe Community College Alumni Hall of Fame. He previously served on the Virginia STEM Education Commission.

Turner lives in Hampton, Virginia, with his wife and has two sons. He is active in community outreach coaching youth sports and promoting science, technology, engineering and mathematics careers. 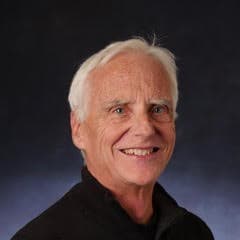 View Bio
R. Michael Hardesty
Mike Hardesty has had an extended and productive career as a lidar researcher spanning nearly 40 years. Currently he is a Senior Research Scientist and Associate Director for Environmental Modeling, Observations and Forecasting with the Cooperative Institute for Research in Environmental Sciences, where he is also a Fellow. Prior to this, he led the Optical Remote Sensing group at NOAA in Boulder, Colorado for more than two decades. Throughout his career, Dr. Hardesty has been a leader in the development and application of coherent lidar for wind sensing. He developed much of the original theory on optimizing estimation of Doppler shifts from coherent lidar returns, and also demonstrated the first coherent DIAL measurements of water vapor using pulsed coherent lidar. He led the effort at NOAA to deploy a high energy pulsed coherent lidar on an aircraft and, in collaboration with scientists from NASA obtained the first measurements of winds in the eye of a hurricane. Under his leadership, the NOAA group initiated innovative research directions over a wide variety of lidar-related topics associated with wind, water vapor, ozone, aerosol characterization, and synergisms with other active and passive remote sensing instruments. Notable accomplishments have included first ship-based Doppler measurements of winds over the ocean, first long-term (1-year) deployment of an unattended ship-based lidar in the arctic for aerosol/cloud measurements, first airborne deployment of a UV solid-state laser for airborne ozone measurements, first demonstration of ozone fluxes combining DIAL and Doppler lidars, and first demonstration of an unattended water vapor profiling lidar. He is currently focusing on deployment of lidar for space-based wind measurements, and is working to demonstrate a new direct-detection technique suitable for full atmospheric profiling.

Dr. Hardesty has authored or co-authored more than 100 scientific papers, mostly on lidar-related topics, and has presented more than 30 invited papers on active remote sensing at international symposia on multiple continents He has been a NATO Fellow at the University of Hull, England and Visiting Scientist at the Laboratoire de Meteorologie Dynamique, France, and the National Center for Atmospheric Research in Boulder, Colorado. During 2005 he spent a semester as Distinguished Visiting Professor of Electrical Engineering working with the atmospheric lidar group at the City College of New York in Manhattan. He is a recipient of the NOAA Distinguished Career Award and the International Radiation Commission Coordinating Committee on Laser Atmospheric Studies (IRC/ICLAS) Lifetime Achievement Award

Dr. Hardesty is a Fellow of the Optical Society of America (OSA) and a Fellow of the American Meteorological Society (AMS), where he served on the AMS Council and Executive Committee. He is also a member of the Institute of Electrical and Electronics Engineers and the American Geophysical Union. He has served as Chief Editor of the AMS Journal of Atmospheric and Oceanic Technology and previously served as Associate Editor for OSA’s Applied Optics journal specializing in Atmospheric and Ocean Optics. He is or has been a member of several science teams and institutional review panels focusing on lidar-related topics for the National Aeronautics and Space Administration, the Department of Energy, and the National Science Foundation, and the European Space Agency. Previously, he has been a member of the IRC/ICLAS), the AMS Committee on Laser Atmospheric Studies, and the Administrative Committee of the Geoscience and Remote Sensing Society of the IEEE. He currently is co-chair of the multi-agency Working Group on Space-based Lidar Winds, and a member of the ESA Aeolus Science Advisory Group.

The meeting will be hosted by the Montana Photonics Industry Alliance. We look forward to seeing you in Big Sky. 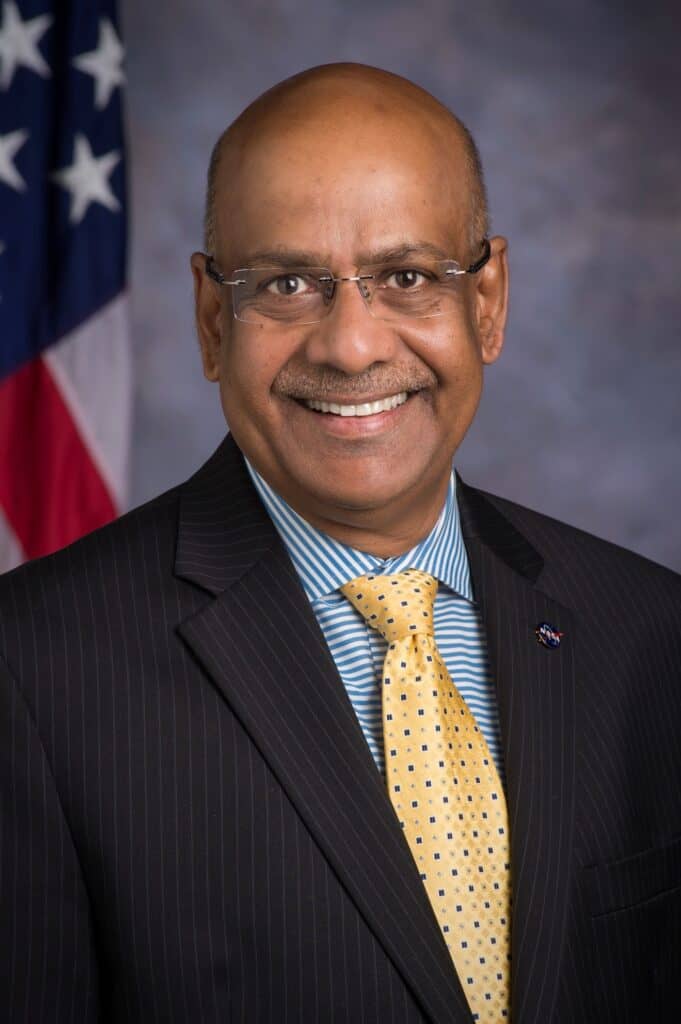 Dr. Singh has organized/chaired over 50 international symposia/conferences and has authored/co-authored over 450 scientific articles in atmospheric sciences and remote sensing area. He is an elected fellow of the International Society of Optical Engineering (SPIE), the Optical Society of America (OSA), the Indian Meteorological Society and a Senior Member of IEEE. 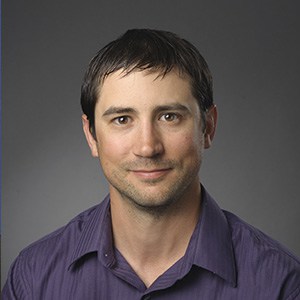 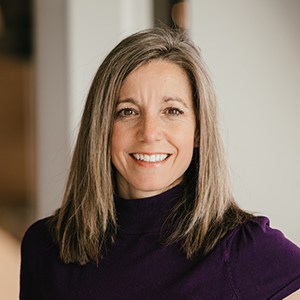 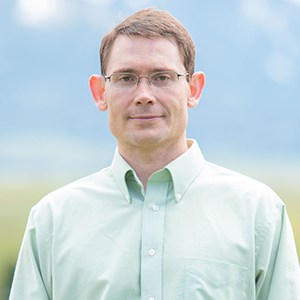 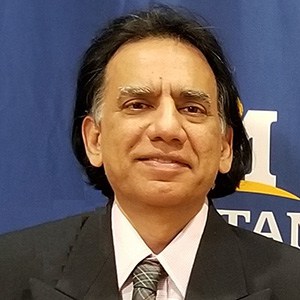 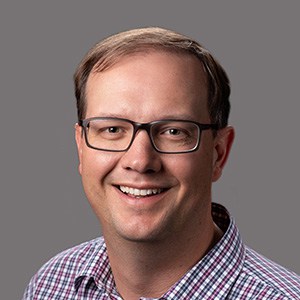 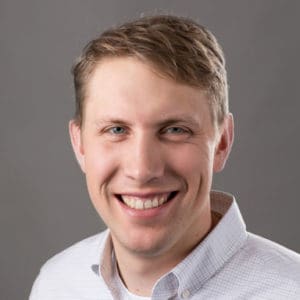 Plan ahead and book your travel and lodging today! Hotels allocated for CLRC have limited capacity so reserve yours today. 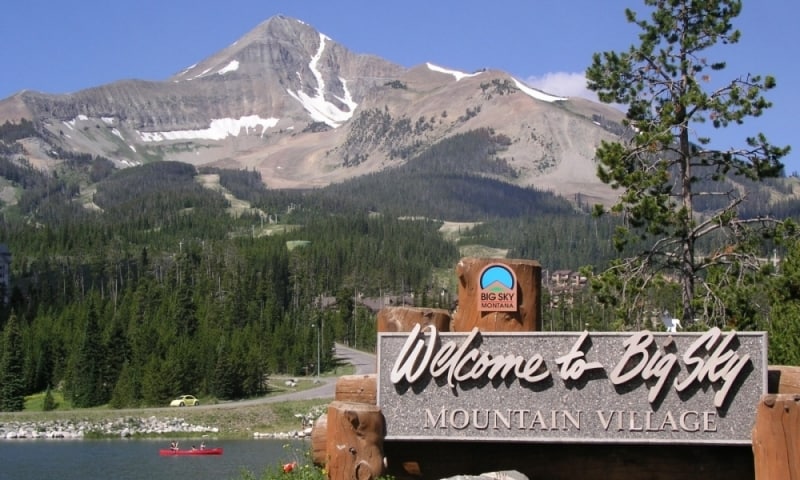 The 21st conference on coherent laser radar technology and applications is the latest in a series beginning in 1980 which provides a forum for exchange of information on recent events current status, and future directions of coherent laser radar, coherent optical technology, and advanced applications. The conference was founded by Mr. Milton Huffaker, founder and CEO of Coherent Technologies, Inc. After leaving Coherent Technologies, Mr. Huffaker founded and became the CEO of Coherent Investments Inc.

The conference serves as a biannual forum for the exchange of current and future developments within the field of coherent laser radar (lidar) and wind lidar including direct detection wind lidar. The conference will include both invited and contributed papers on all aspects of coherent laser radar, coherent optical technology, and advanced applications. It is intended that the meeting will highlight recent advancements in the field, including component technology and instrumentation, systems (surface, airborne, and space-based), measurements and processing techniques, novel sensing techniques, and emerging requirements for coherent laser radar applications in studies of atmospheric, ocean, surface and target properties.

Register Here (now open)
Sign-up for the CLCR 2022 newsletter to stay up to date with the latest event details!
Register